The story of Dutch Dice

We came across the idea for the game by accident, in November 2017. A classmate of our youngest daughter was emigrating to Australia, and the class wanted to make a suitcase with typical Dutch things for this boy to remember his home country. Neeltje, who was a class mother, was asked to buy a typical Dutch game for that. But why buy a game, when you make it yourself? That’s a lot more original. So Neeltje took some dice and put Dutch icons on them, made a score block and a nice box to wrap it all. When she showed this to the other parents at school, they were overly enthusiastic and told her: you should make this into a real game, because we want to buy it. At first, we didn’t believe them, but after a lot of convincing, we decided to give it a chance. So we developed it into something inspired by Yahtzee, but a different game. We came up with the extra playing cards to make it more interesting and strategic.

After almost a year of doing research, designing, prototyping and refining the rules by feedback from test-players, we were ready to find the right manufacturers of the different parts of the game. This was also a challenge and bumpy road. It was a little too bumpy, so took a time-out for the Dutch Dice game, and decided to continue with Gorcum Dice first. This was closer to home, and we were more confident could sell the game in shops in Gorinchem. Neeltje works in the Primera shop, and knew that there was demand for typical Gorcum products. We would be happy to sell 200 pieces of the game to call it successful. When we had everything in order, things were moving fast and we managed to release both Dutch Dice and Gorcum Dice before December 2018. That was perfect timing, because of Sinterklaas and Christmas gifts. We also had good local press coverage and a number of shops were more than willing to help us sell the game, even the VVV and the museum.

We were amazed by the sales and response of the people who bought it. They were all very positive and came back to buy more copies of the game for their friends and family. So, we had to order more dice quickly from our supplier. Because we have to assemble the game by ourselves at home, we spent lot of December evenings together with friends (and wine) to put the stickers on the tin boxes, and the dice and cards inside. That was a lot of repetitive work, but also quite de-stressing and a lot of fun!

In January 2019, there were already 800 games in circulation. Because the game includes translations in English and German, it was also a good present for family abroad: people were sending the game to different countries!

The nice thing about our product is that it’s a format that can be converted to other cities, organisations or countries. After a very interesting startup period of which we learned a lot, we can now offer customized versions of the game for organisations. Also, we are planning to make the game for other cities. Besides, we hope to export our game to Dutch communities/embassies/schools abroad, but we are still figuring out how to do that. In any case, people can contact us when they are interested or want to help.

For us it’s still a project we do next to our day jobs, but how it will continue, we’ll see! It’s been quite an adventure so far, and we like adventures! 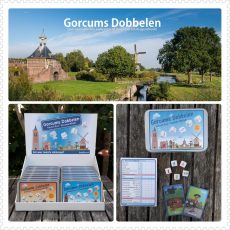 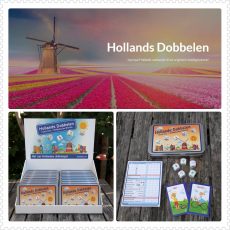